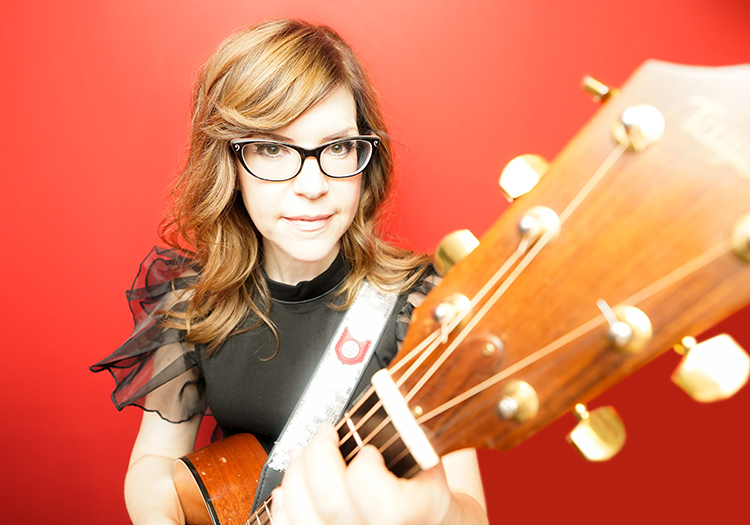 Often recognized from the platinum-selling No. 1 hit song “Stay (I Missed You)” from the film "Reality Bites," Lisa Loeb has enjoyed a successful career in music, film, television, voice-over work and children’s recording.

Dallas native Lisa Loeb is a Grammy Award-winning singer songwriter, touring musician and philanthropist who started her career with the platinum-selling hit song “Stay (I Missed You).” A trailblazing independent artist, Lisa was the first pop musician to have a No. 1 single while not signed to a recording contract. She followed that remarkable feat with several hit singles and six albums, two of which were certified gold.

Lisa recently released her 15th album, A Simple Trick To Happiness, to stellar reviews from critics and fans, and followed the release of this album with the debut of her new musical, Together Apart, which she co-wrote and co-produced with more than 100 of her fellow Brown University alums to raise money for The Actors Fund. The musical received attention from prestigious outlets like The New York Times, Vanity Fair, People and Playbill.

Other recent highlights and appearances include a collaboration with Ziggy Marley on the song and video for “Music Is In Everything,” as well as her cover of Bright Eyes’ “First Day of my Life,” which was exclusively premiered through Rolling Stone magazine, and “Love Never Dies,” an original song she wrote and recorded as a theme song to accompany acclaimed author James Patterson’s latest novel, “Sophia, Princess Among Beasts.”