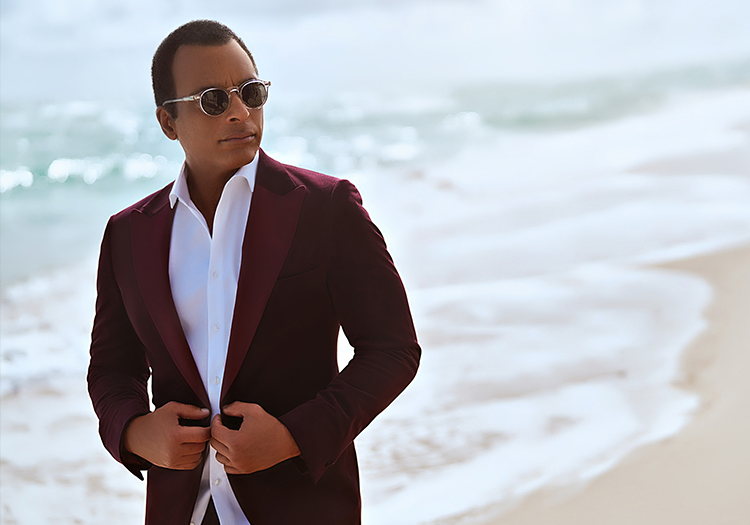 With a career spanning more than two decades, three Grammy Awards, 20 million albums sold, and starring roles on Broadway, the romantic sounds of Jon Secada have resulted in numerous hits in English and Spanish, establishing him as one of the first bilingual artists to have international crossover success. Adored by millions around the world, he is recognized as an international superstar by both fans and peers alike for his soulful and melodic voice.

As of October 2021, Jon Secada and multi-Grammy winner Gonzalo Rubalcaba were nominated to the Latin Grammy, for their collaboration on “SOLOS,” a musical journey through revamped renditions of classic Boleros, composed and sung by artists of Cuban roots and influence. In 2017 Secada returned to the stages, bringing to life a heartfelt tribute to Beny Moré, one of Cuba’s most beloved icons. Produced by Julio Bagué with the support of Peer Music and in the company of The Charlie Sepulveda Big band ”…To Beny Moré With Love” finds the Cuban-American artist re-recording 10 of Mor’és timeless classics, arranged by none other than Ray Santos. The biggest challenge with the project was to make sure they did it by the original arrangements and vocals since they wanted to preserve as much as possible the integrity of the music.

Acknowledged as Humanitarian of the year in 2016 by The Muhammad Ali Foundation, Secada’s career skyrocketed in 1991, with the release of his self-titled debut album Jon Secada (SBK/EMI), which sold over 6 million copies worldwide, was certified triple platinum in the U.S., and reached No. 15 on Billboard’s Pop album chart. The Spanish-language version of the album, Otro Dia Mas Sin Verte (EMI-Latin), went on to become the No. 1 Latin album of 1992 and earned Jon his first Grammy Award, for “Best Latin Pop Album.” Three more Top 20 Billboard hits would eventually come from that album, including “Angel,” “I’m Free,” and “Do You Believe In Us.” The unprecedented success for Secada continued in 1994 with the platinum-selling release of his second album, Heart, Soul and Voice (EMI), which garnered another Top 10 hit, “If You Go,” and followed with his third album, Amor, earning him his second Grammy Award for “Best Latin Pop Performance.”